no technical or marketing skills

and zero euros to invest in advertising?

VOUS  make a name without spending a cent on advertising ?

Generate attention and commitment and federate a large fanbase

YOU WANT TO GET PAID TO TRAVEL ?

But you think that the

In this Storyple, Jonathan Kubben exclusively reveals the strategy behind his outsized success on Instagram:

From his method of differentiating himself from everything else on the networks to his tricks for not paying for ads,

Through Jonathan's experience, you will discover all the steps to find the idea that will make you stand out on social networks (the first one, often neglected, is however essential to succeed in your project in the long term)

Jonathan will also show you how to use storytelling to generate attention and touch people's hearts.

And of course, Jonathan will show you how to have the right mindset to make a living from your project.

And if you don't feel like spending your life optimizing the parameters of your publications?

No problem as Jonathan will show you how to create viral content and generate engagement WITHOUT depending on the algorithms that dictate online media.

He will also reveal his step-by-step method to find sponsors who pay you to do what you love, like he does with Samsung, Canon and many others... 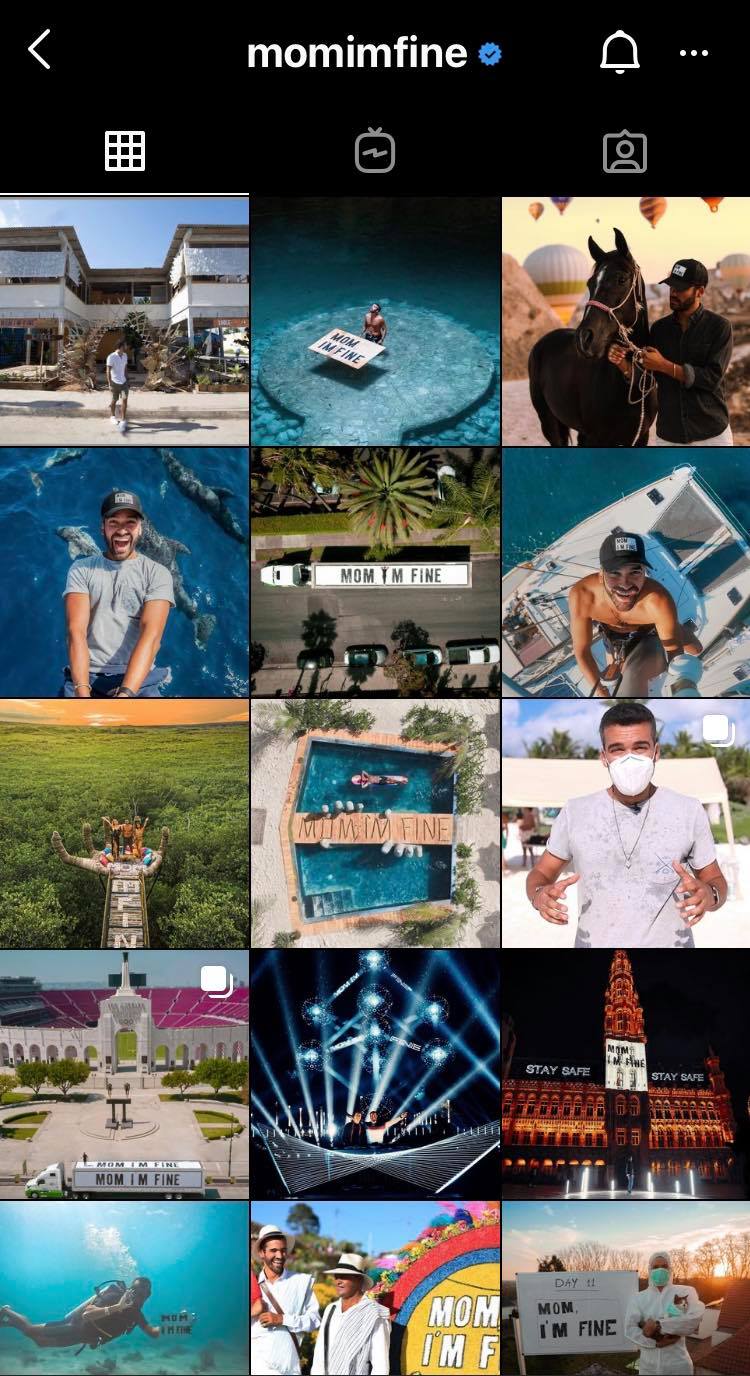 In summary : Whether you already have an idea or not, whether you've tried to promote yourself on the networks or not, if you want to become a content creator or launch your own brand and make a living from your project, then Jonathan Kubben's training is for you. 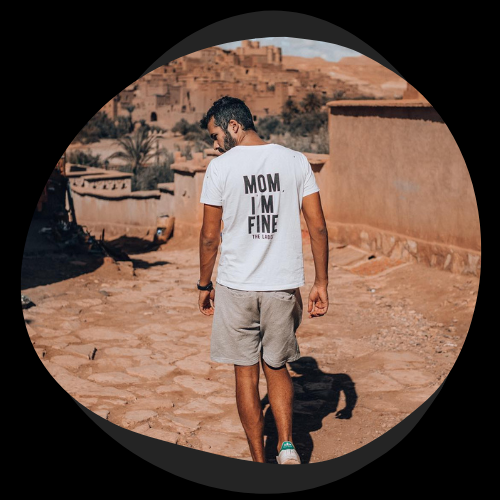 WHO IS Jonathan Kubben ?

The crazy bet of Jonathan Kubben:
6 months to change your life and become a paid Globe Trotter.

Jonathan is one of those millenials who never felt they belonged on the road that school and their parents dictated to them.

After brilliant studies in communication and business management, he became a consultant to embassies and lobbyists in his region...

But it was never really his dream.

Him ? All he wanted at that time was to be able to travel around the world without having to worry about the rest.

In 2016, while all of this was on his mind more than ever, Jonathan had a breakthrough.

After having watched for a long time some youtubers get paid to travel when they have nothing special, he says to himself that it's his turn, that he too can make it...

All it took was a good idea!

And this idea, he had found it some time before during an electronic music festival, when he had taken a picture of himself with a message to his mother, to reassure her that he wasn't doing anything wrong.

That's how Jonathan drops everything from one day to the next.

He leaves his comfortable job, sells his car, takes his first plane ticket "

And his first search for a sponsor confirms the doubts of his relatives:

No one is willing to put money into their project.

But for Jonathan, nothing is lost.

And while he doesn't really have a strategy for pumping up his Instagram page, he's looking to get his name out there to everyone from the small local paper to the biggest influencers on the planet.

What he wants, is to make itself known without having to spend the money it uses to travel.

After a while, his persistence pays off:

A newspaper agrees to do an article on him, which will then be relayed on the internet by bigger and bigger media.

One morning in June 2016, his phone wouldn't stop vibrating. Notifications were coming in nonstop, he couldn't even use his phone anymore.

Jonathan Kubben later decided to launch his own talent agency and even becomes Influencer of the Year in 2019! !

Jonathan is currently living the life he has always dreamed of, filled with more and more unusual experiences around the world.

On top of that, Jonathan is able to donate his time to humanitarian projects that are close to his heart and even hold conferences that inspire thousands of people each time.

And today, Jonathan reveals to you exclusively his plan so that you too can dare to become a content creator and make a living from your project without worrying about what others tell you to do.

What you will get 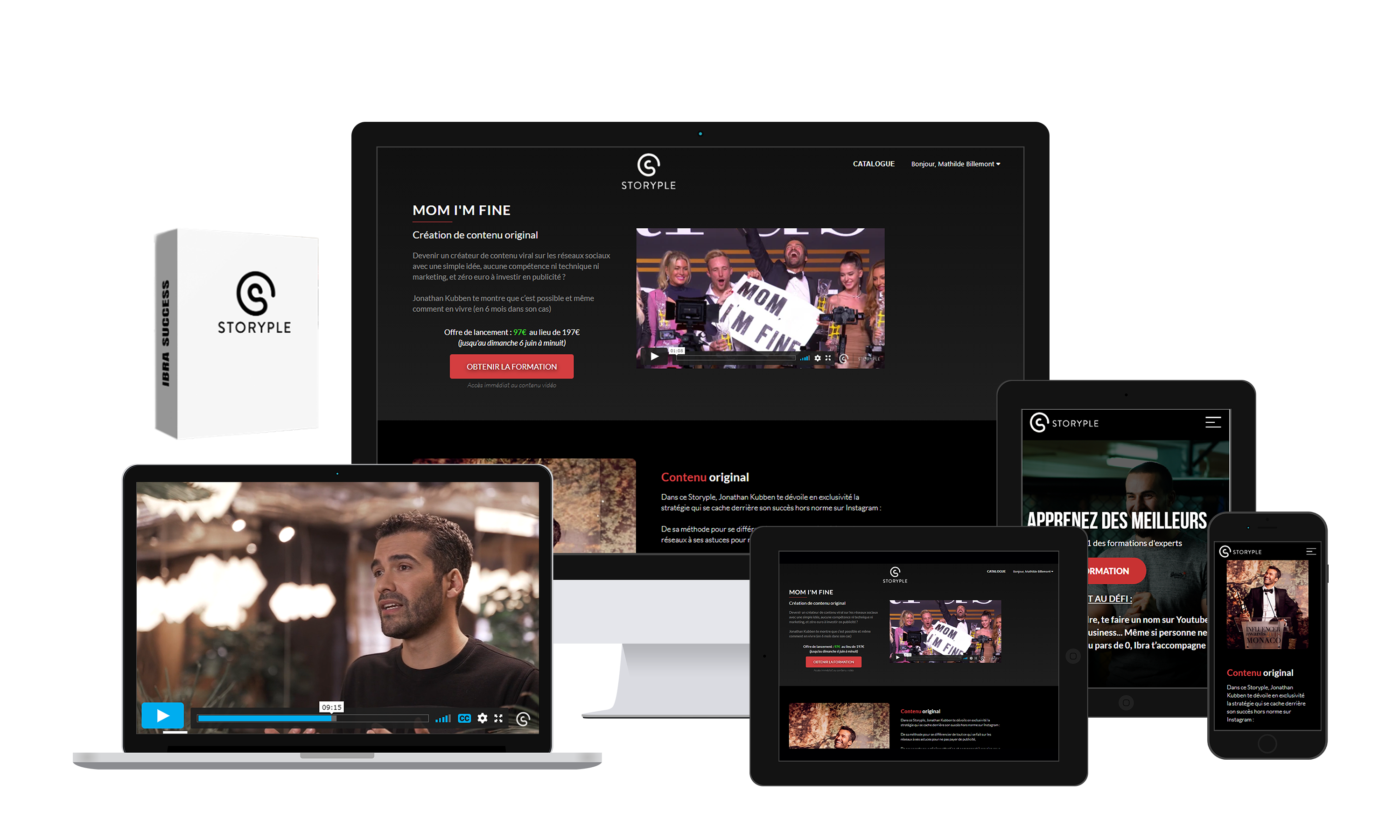 ADOPT THE MINDSET TO LIVE YOUR DREAM

FIND YOUR WINNING CONCEPT & GET ATTENTION

NOT DEPEND ON ALGORITHMS

CREATE A LASTING BOND WITH YOUR COMMUNITY

HACK THE MEDIA FOR FREE

THE MODULES IN DETAIL

Jonathan shows you how to build a solid foundation for your project to make sure you don't run into the wall (for example, you'll discover that you shouldn't ONLY follow your dreams, and what you should also take into account)

Jonathan shows you how to find YOUR unique concept, the one that will make you stand out on the networks (especially thanks to an often forgotten first step). He also shows you how to set goals, and why you shouldn't listen to what others tell you in most cases.

Which protagonists? Antagonist? Set up? Conflict? Resolution? Jonathan reveals all his secrets to mastering storytelling, the subtle art that will allow you to generate attention.

Knowing how to manage your mind is what makes the difference between success and failure. How not to give up, how not to let your ego get the better of you, how to be patient... Jonathan will give you all his secrets to build a winning mindset. He will also reveal his method of "deliberate practice" so that you can become good at anything.

If you don't want advice like "what hashtag to use" or "what time to post" then you're in the right place. Jonathan will show you how to create engagement organically. That means you are NOT dependent on social network algorithms that change their rules all the time.

Because you can't always succeed in everything, Jonathan will share with you his positive and negative experiences, and above all he will explain to you how to manage a bad buzz so that it doesn't harm your image.

Because it is important to understand the environment in which you evolve, Jonathan gives you an overview of the influencer marketing environment so that you can take advantage of it.

Jonathan tells you the secrets that allowed him to sign big contracts, such as those with Samsung or Canon, as well as the mistakes not to make in order to stay true to yourself and not be obliged to "sell your soul" to live from your project.

Your satisfaction is our priority! If for any reason, you are displeased or not satisfied with the training, simply send an e-mail justifying the reason to the following address: [email protected] and you will be fully refunded.

This guarantee allows you to freely test the training with confidence.

Between you and "Mom I'm Fine",

Storyple is the first platform in Europe that allows anyone to have access to the best Influencer skills through video training.

Each training course has been designed to be accessible to beginners as well as experts in a chosen field. The trainings are progressive and therefore accessible to all. With them you can quickly and easily acquire new practical skills, arouse new passions and open your mind to new worlds.

Feel free to take a look at our catalogue and watch some trailers!

Jonathan's training is for anyone who wants to get started in content creation, for those who want to strengthen their image on social networks,

Whether you've never posted a single photo on Instagram or already have a few hundred followers, everything you learn here will help you propel your project into the upper echelons of social media with your difference and authenticity.

Is it really possible to succeed from scratch?

He has done more than 99% of influencers have done in years. Yet he knew nothing about Instagram or photography! If you really want to and you have the right mindset, all doors are open to you.

Is it still possible to become a well-known photographer on Instagram?

If, like everyone else, you think you have to copy what already works to be recognized, NO. On the other hand, for those who know how to innovate, differentiate themselves and put forward their personality, there will always be as much room for them as in the early days of social networks.

What does it take to become an influencer?

Whichever course(s) you choose, they will all have a minimum of 15 videos of unique content. The training courses are all divided into 2 parts:

1. A first theoretical part where the influencers bring value through the videos in an oral way.

2. A second part where the influencers concretely show their field of expertise.

Where can I watch Storyple's training?

Storyple, there's no easier way to train. Access to your video training courses can be done via your smartphone, your computer, Apple TV, etc.

How much does a Storyple training course cost?

The price of the training courses varies between 199€ and 399€. Once you purchase a course, you will have lifetime access to it and be able to learn at your own pace.

If I have a technical problem, who can I contact?

You can contact the support team at the following address: [email protected]

Is the payment system secure?

Yes, our online payment system is 100% secure. The transmitted data is encrypted with SSL - HTTPS encryption, used and recognized by all.

No information is stored on our servers.

How does the 30-day money back guarantee work?

Our primary objective is your satisfaction. We want you to have the best learning experience possible. If the course you have chosen does not meet your expectations, please do not hesitate to send us an email within 30 days after the date of purchase. We will proceed to refund your money.

Do you have a question? You can reach us at [email protected]